Juniper is now a happy, healthy, relaxed, and balanced dog and none of it would have been possible without Kari and Wag & Train 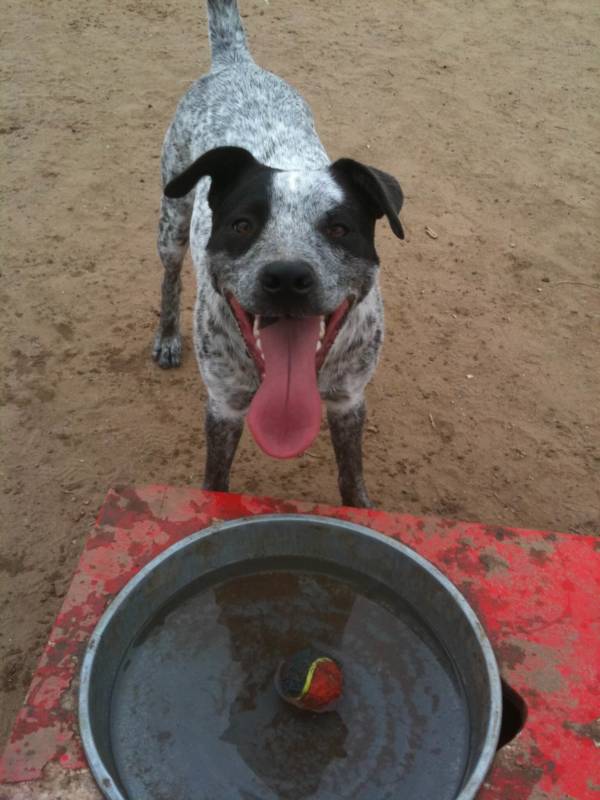 When I met Juniper she was five months old and behind bars at a Denver, Co. municipal shelter as a stray that had been picked off a busy city street. Her sad story and desperate puppy eyes melted my heart, and I adopted her within the first hour she was available. As a first time dog owner, I honestly had no idea what I was doing with a puppy. I turned to the web to research her breed, an Australian Cattle Dog mix, and I quickly learned how in over my head I actually was. I was living in a sixth floor apartment, I had a full time job, and now I added in a rambunctious, energetic, and smart (smarter than me sometimes!) puppy!  We signed up for obedience classes with Wag & Train where Juniper and I were extremely successful and improved our bond. At around eight months old, Juniper started to exhibit aggressive behavior when we encountered strangers or dogs. These incidents started occurring randomly, then became an everyday matter. She began lunging at strangers on the street and having violent episodes when passing my neighbors’ dogs in the hall. My breaking point came when she was about ten months old, in a Level 2 Good Manners class, where Juniper exhibited aggressive behavior towards at a dog that she had previously been friendly towards. I was so afraid that I was an unsatisfactory pet parent and that Juniper wasn’t happy in her life with me. I went home bawling, wrote Kari my sob story, and we got going with private lessons right away. Kari’s tailored program addressed Juniper’s needs on every front and we made sweeping changes that immediately showed results. The change in her diet and addition of natural supplements balanced her mood and energy, and even improved her digestive health. I stopped looking at training as something that happens in a class setting, and as something that happens every day with every single interaction. As a herding breed, Juniper was craving a job, and Kari helped me understand how working for every bit of food or attention gave Juniper fulfillment and balance in her life. I learned that Juniper’s “aggression”, as I called it, was actually anxiety and fear. Kari’s program helped me learn how to be a better parent for Juniper and how to teach her to depend on me for all the decision making. Today, Juniper and I have never been happier! She has learned that strangers aren’t scary and once you get to sniff them they are often pretty nice! She (and I!) have learned how to be around other dogs in a non-threatening, safe, and relaxed way. Her calmed behavior allowed her to even become buddies with my cat, which I never expected to happen! Juniper is now a happy, healthy, relaxed, and balanced dog and none of it would have been possible without Kari and Wag  & Train. Juniper and I are so grateful that Kari gave us the tools and knowledge to have a promising outlook on doggy life!  Lauren R. Denver, Co