My Dog is Such a Sweetheart… but He Bites People 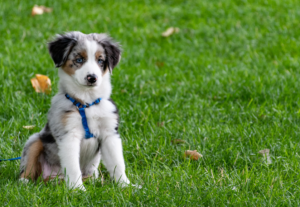 My dog is such a sweetheart…but he bites people!

If I had a nickel for every time I heard someone say that, I’d be able to retire. Much of the time I spend with clients includes talking about why dogs are so sweet sometimes and then aggressive and fearful at other times. In the industry, we call it “The 98% Rule,” because we all get those phone calls where the pet parent says that 98 percent of the time their dog is so sweet, but then bites people who enter the front door, reach out to pet him, walk by when the dog is on leash, or when he is getting his nails cut, etc.

There is a perfectly good explanation for this phenomenon and if you understand it you will be much more successful in treatment. The word? “Context.” Context is a term we use a lot in dog training because behavior is always specific to the “context” or environment the dog is in at the very moment when a behavior occurs. In my consults, I always explain that “sit” at home is different than “sit” on the street, in class or at the vet. When a dog learns to “sit” at home, there are certain environmental stimuli and distractions (or lack thereof).

When you add in a high-stress context (triggers) or one in which your dog will have a higher level of adrenaline, “sit” will be a completely different behavior to him. The same holds true for reactive, distance-creating and aggressive behaviors. In the context of your home environment, there are probably not a lot of stressors, so your dog will not be afraid or defensive. If your dog is completely calm in the living room, but the minute the doorbell rings, goes into a frenzy, then the context has changed. It is crucial in behavior treatment to understand that behavior is always context-specific. Just because your dog “behaves” in certain environments doesn’t mean he is going to be the same dog in a different environment with different stressors. This is why people and dogs get bitten and why environmental management is so important. If you know your dog has the potential to be aggressive in certain environments (e.g., at the vet’s office, on a hiking trail, when people come over) or if you know your dog is unpredictable, it is up to you to set your dog up to succeed and manage him so he doesn’t have the opportunity to become stressed, thus becoming aggressive. Dogs do not bite “out of the blue.” I’ve said this a million times: Dogs give many warnings and stress signals that people miss, yet pet parents still put their dogs in situations that set their dogs up to fail.

Here is an example: I get a lot of inquiries about dogs that do really well with dogs (or people) at daycare, yet don’t like dogs at home. Recently, I worked with a client and her dog Lily. Lily goes to doggie daycare and does well with other dogs in that environment. However, she is leash-aggressive with other dogs and is very afraid of dogs when her owner is walking her or has her out-and-about. Her first question to me, as I was explaining the treatment process was, “So why does my dog play well and love other dogs at daycare, but is the exact opposite when she’s with me on leash? Why doesn’t she love all dogs all the time?” She had a hard time understanding the concept that her dog is different at daycare than when she is with her. She mistakenly thought that her dog’s behavior should be the same all the time…and I think many other people do too.

The explanation? Lily’s behavior is context-specific. The off-leash dogs at daycare are completely different to Lily than dogs on the street, or when she’s attached to a leash or when she’s with her mom. Behavior doesn’t happen in a vacuum. It happens because of what is going on at that moment, in that place, in whatever level of adrenaline the dog is experiencing, with whatever stimuli are going on around him, or in whatever emotional state he resides.

Another example is the dog who has unpredictable fear with strangers and even people they know. Amos, a dog I have worked with in the past, loves 98 percent of the people he meets. Amos has also bitten three people and snapped at many others, all out of fear. However, his parents didn’t understand that just because Amos does really well with people at home, he needed management and redirection while in the park, at the vet or on leash. It is because of his parents’ behavior that Amos was able to bite three people. It was not because Amos is vicious. He was stressed and put in an uncomfortable situation and his normal “warnings” that he would give at home weren’t working…so he snapped. His mom thought that because he loves people in the living room, when people approached at the park Amos would love them, too. Not so much. The park is stressful for Amos and he is in a different emotional state and therefore behaves differently. To him, people in the park are totally different than people at home because his brain is adrenalized, his fear is heightened and his emotions are off kilter.

Accepting that Amos would require slow desensitization, counter-conditioning, management, anxiety reduction and confidence building allowed his parents to help him cope and learn how to be less stressed at the park. He can now say hello to strangers successfully while his parents make sure he is safe with every interaction. Amos was saved from euthanasia because his parents learned that his behavior is context-specific and set him up to succeed every day going forward.

Treatment for aggression and anxiety begins with the understanding that behavior will be different in all types of situations—just like people. Once you take the context into consideration, you can always set your dog up to succeed in order to reduce the stress within the context and teach your dog what you want him to do, instead of what you don’t want him to do.